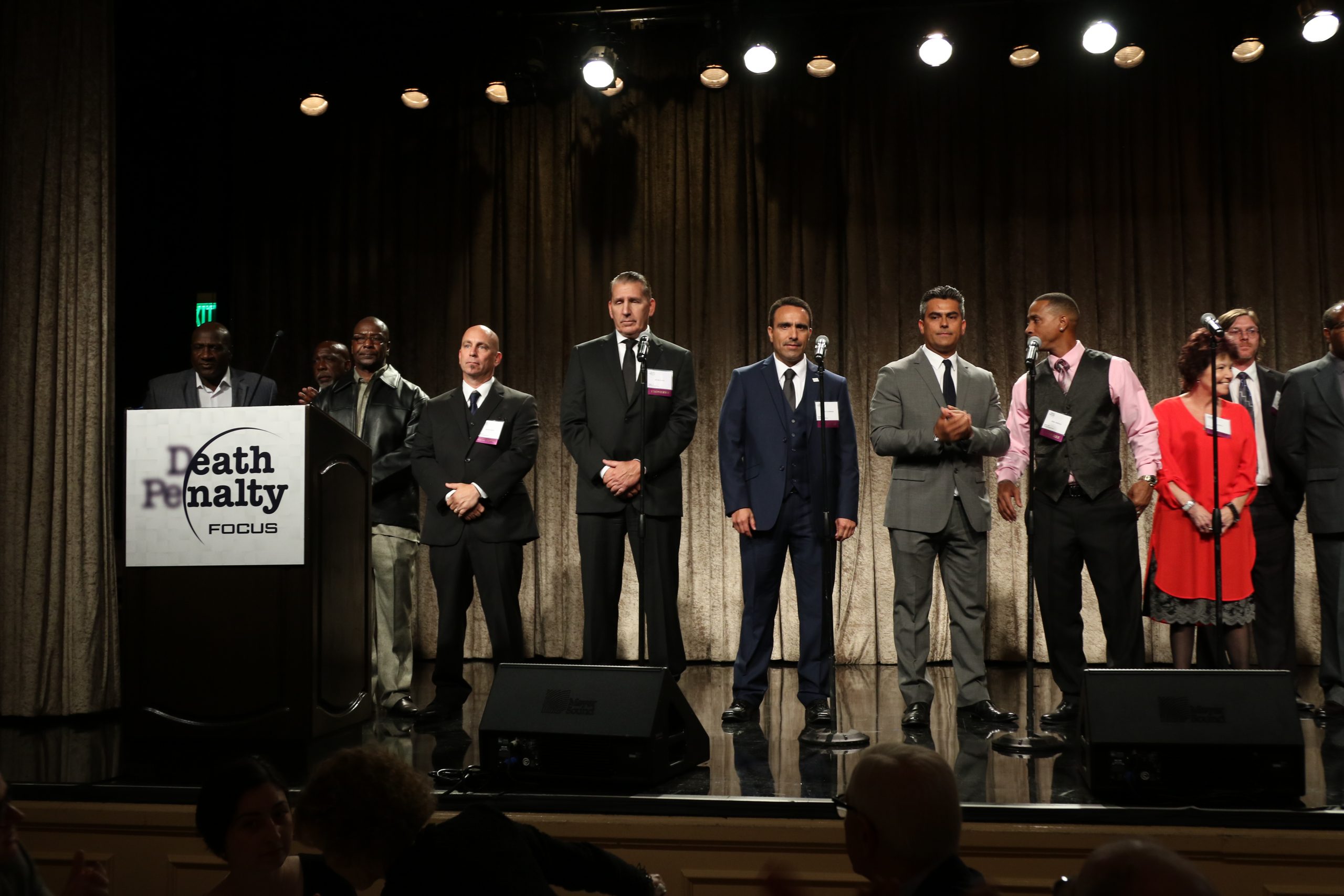 The sold-out event began with 13 exonerees, all of whom had been sent to prison for murders they did not commit, and who were subsequently exonerated based on evidence of their innocence, stepping on to the stage and announcing their names and the number of years they were in prison. The crowd sat silent, stunned by the enormity of the injustice these people had suffered.

Lt. Gov. Gavin Newsom delivered a videotaped greeting pledging to continue to speak out against the death penalty, and confirmed his commitment to seeing capital punishment abolished in California. 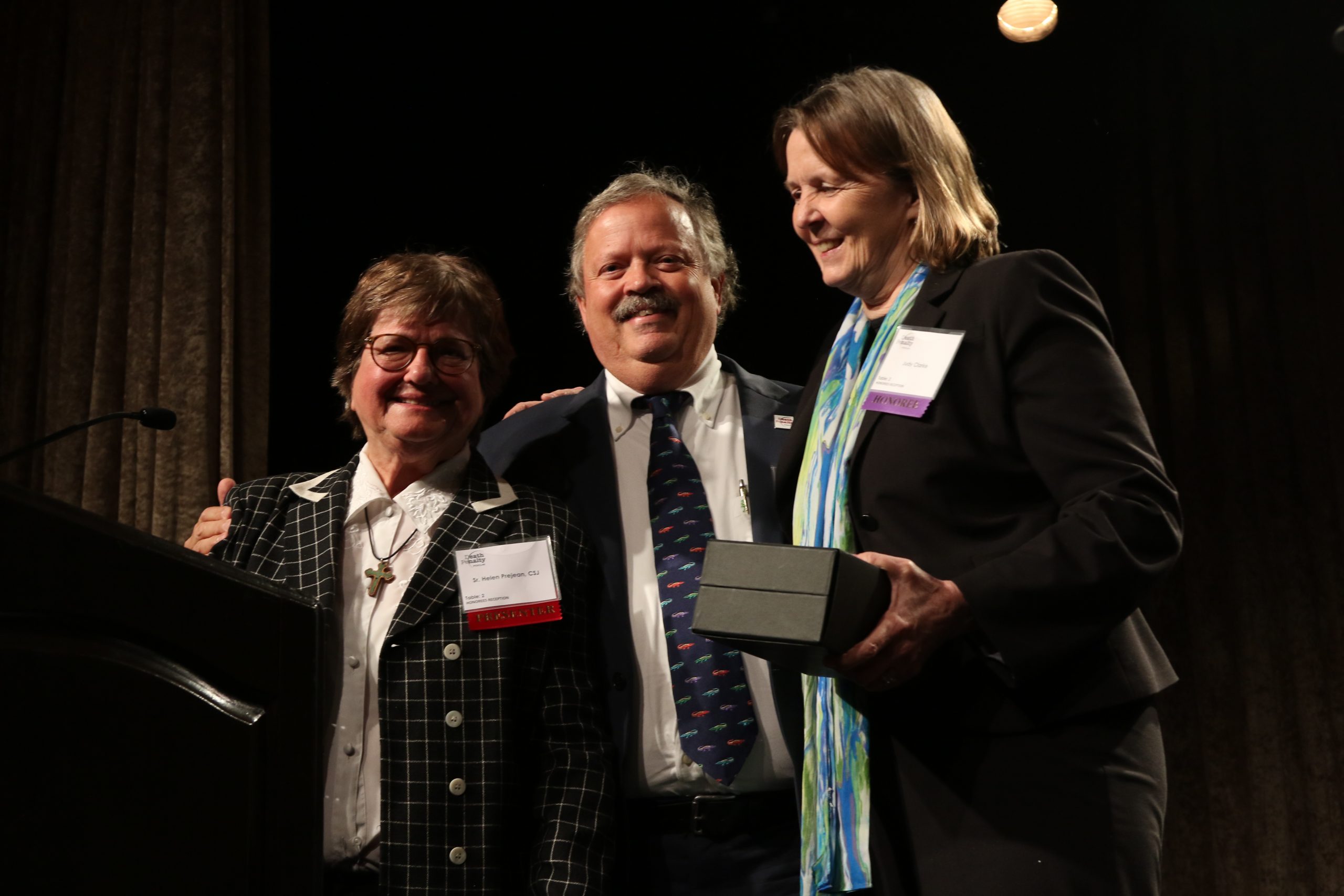 Judy Clarke and Speedy Rice were each presented with the Mario Cuomo Acts of Courage Award by Sister Helen Prejean, the Catholic nun best known for her bestselling book about the execution of Patrick Sonnier in Louisiana, “Dead Man Walking.” The book was later made into an Academy Award-winning movie of the same name.

Judy Clarke, defense attorney for clients including Unabomber Ted Kaczysnki, Boston Marathon bomber Dzhokar Tsarnaev, Susan Smith, and Jared Loughner, accepted her award noting that the right to a lawyer is a bedrock principle of the American justice system, and that no matter the crime, every defendant is entitled to the best defense available.

Thomas H. “Speedy” Rice who has led numerous international missions in the fight against the death penalty, including meetings with heads of state, legislative bodies, judicial conferences, and UN and EU bodies, is currently a Professor of Practice at Washington & Lee School of Law’s Transnational Law Institute in Lexington, VA. He designed, and is currently teaching, practicum courses that are assisting the defense support services of the International Criminal Court and the Military Commissions at Guantanamo Bay, Cuba; another promoting Legal Aid and Access to Justice in Liberia; and a third in Serbia on the European Court of Human Rights. 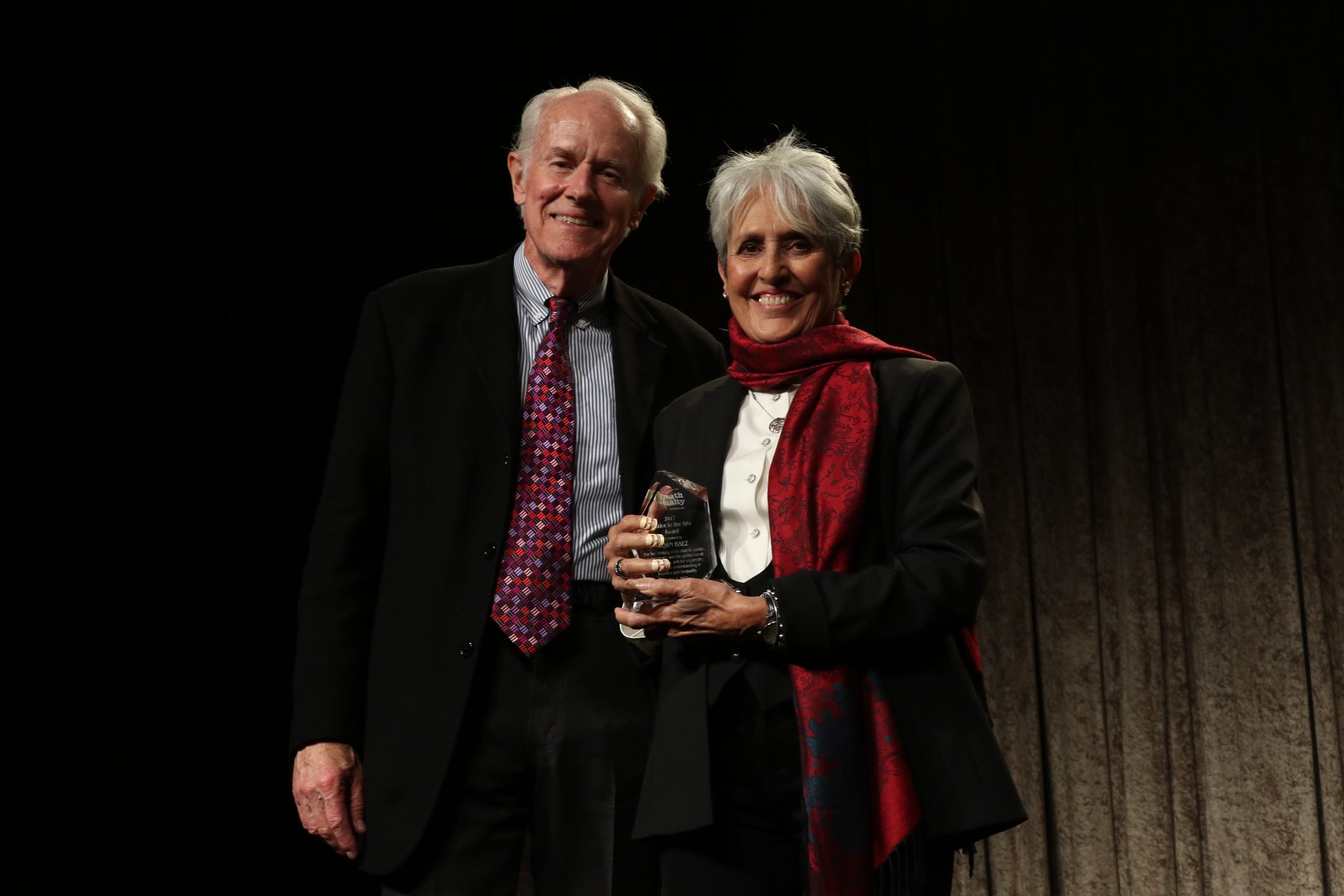 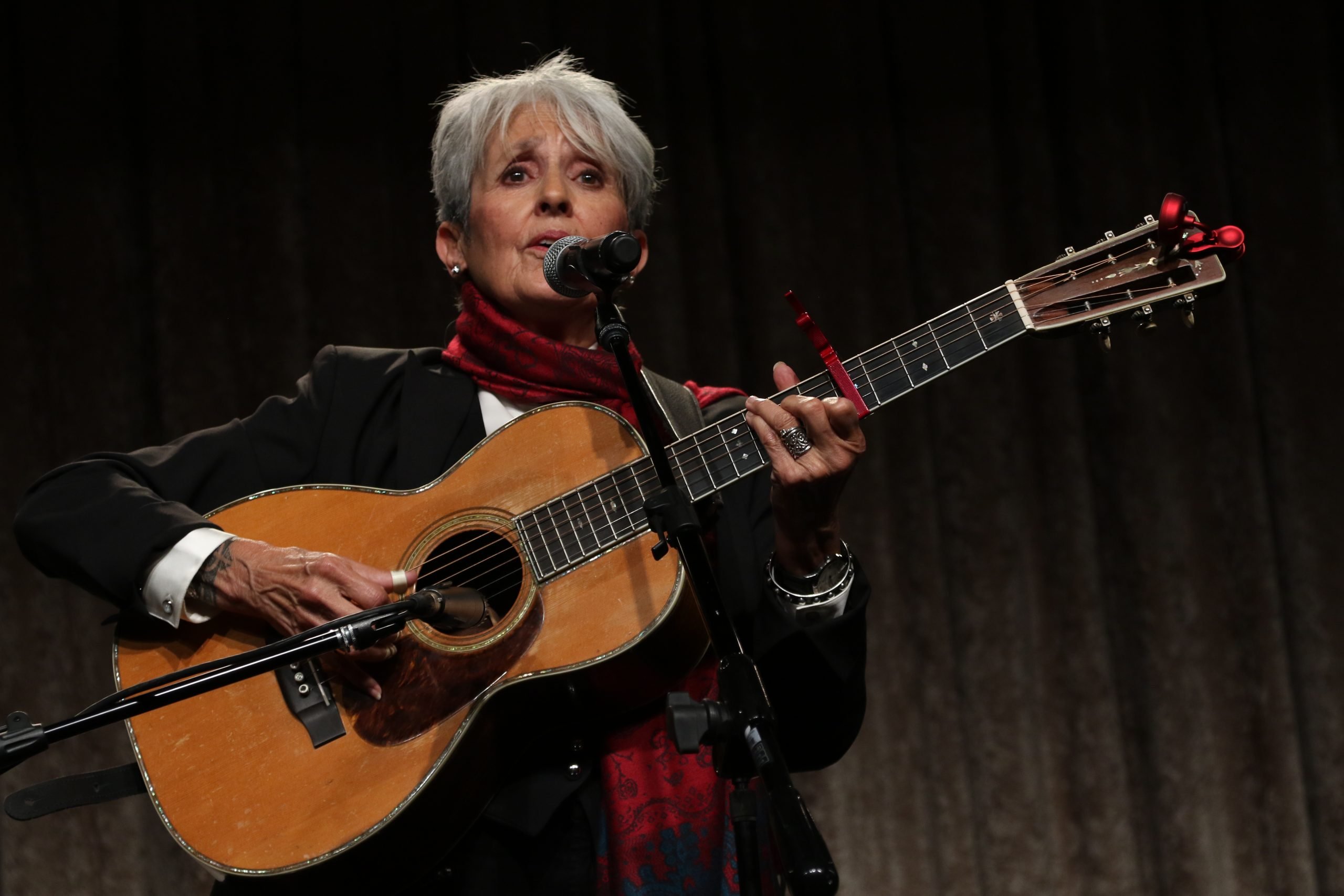 DPF President Mike Farrell presented the Justice in the Arts Award to iconic singer Joan Baez, who explained that having been raised a Quaker, her opposition to capital punishment has been lifelong. After accepting her award, she delighted the crowd by singing two songs, accompanying herself on guitar on the first, on the second a capella, with the audience joining in. 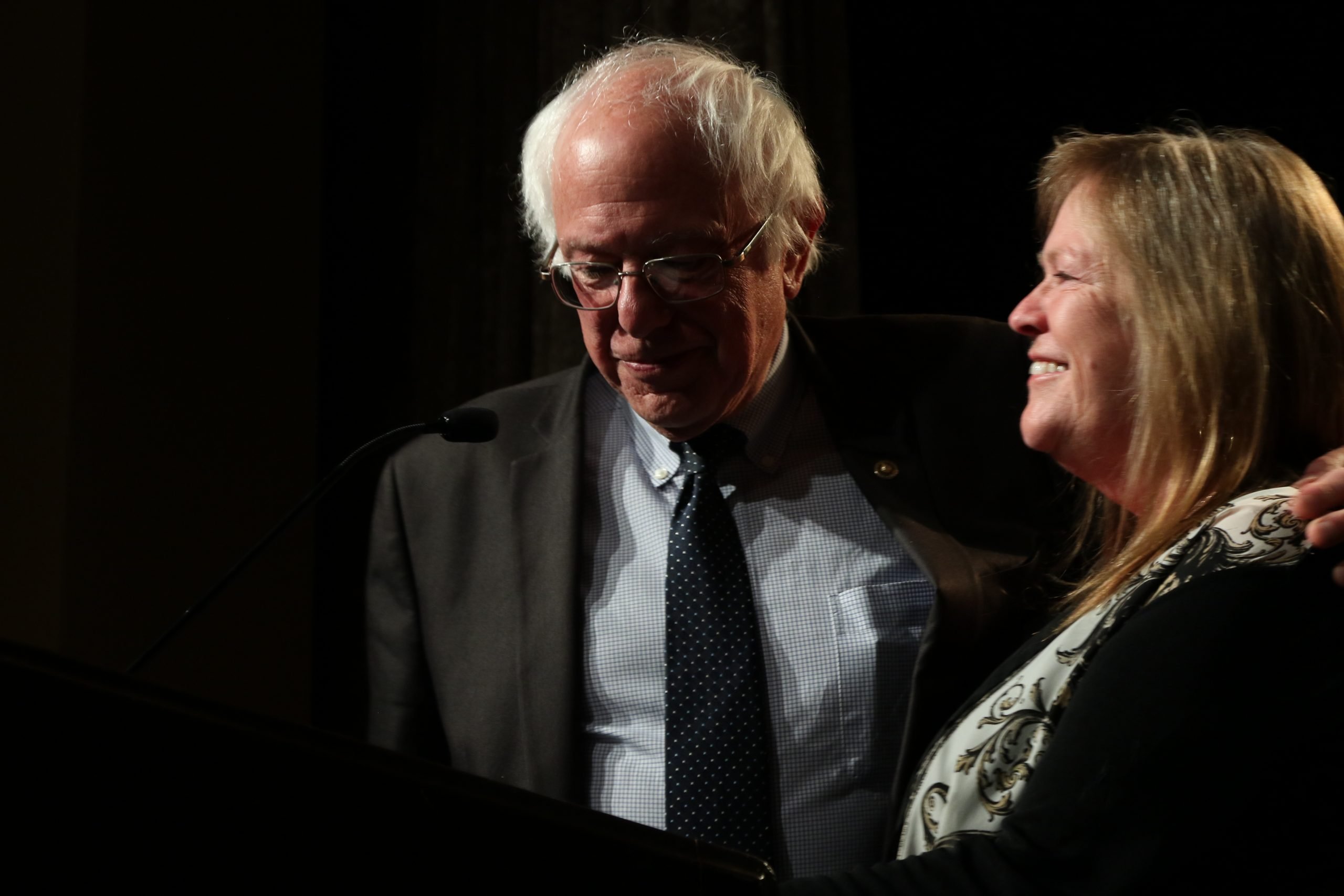 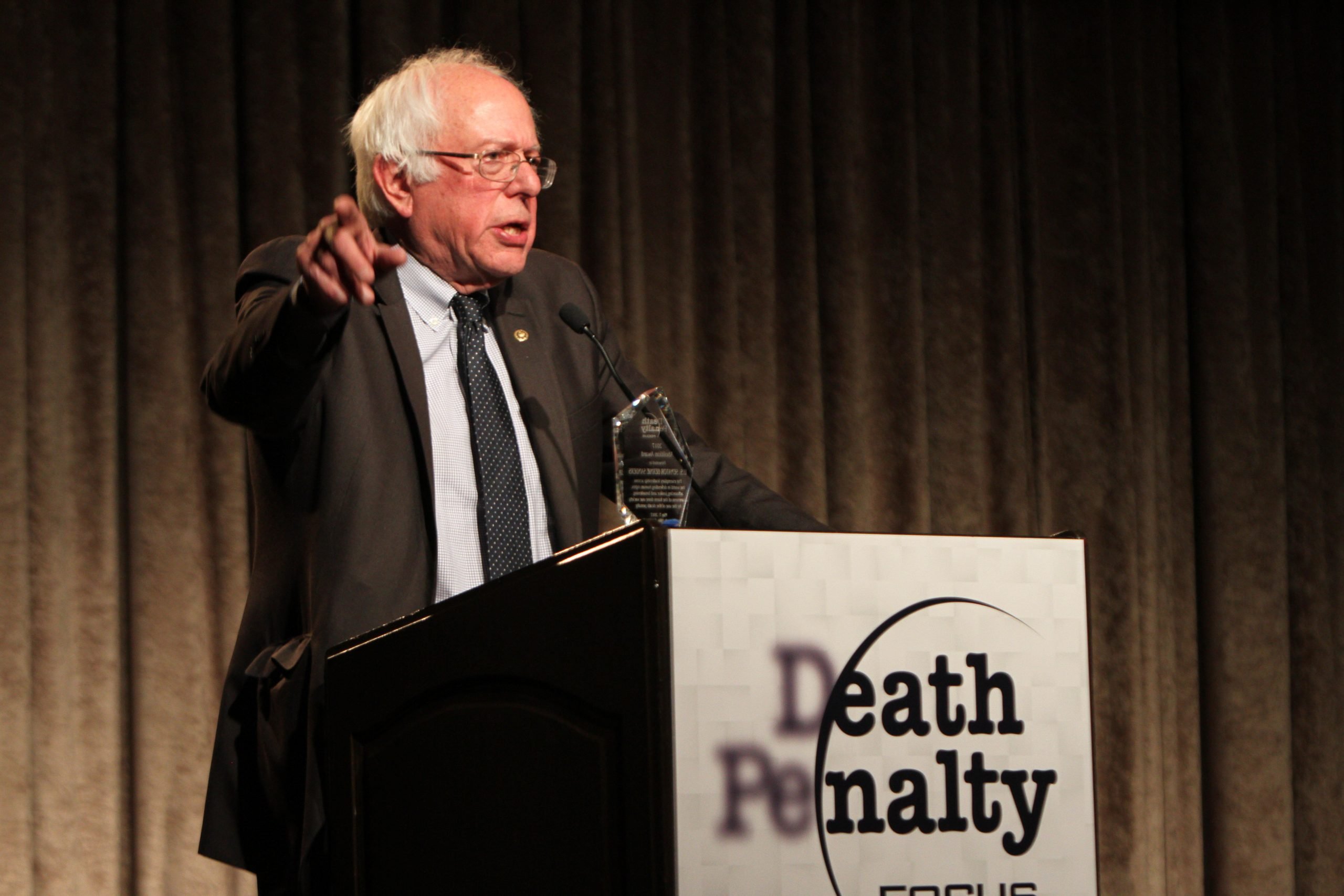 Sen. Bernie Sanders accepted the DPF Abolition Award, which was presented by his wife, Jane O’Meara Sanders. In his trademark plainspoken address, Sanders, who was the first presidential candidate in 30 years to publicly express his opposition to the death penalty, referred to the 13 exonerees as powerful examples of the flaws in our justice system, and the impossibility of avoiding executing an innocent person. 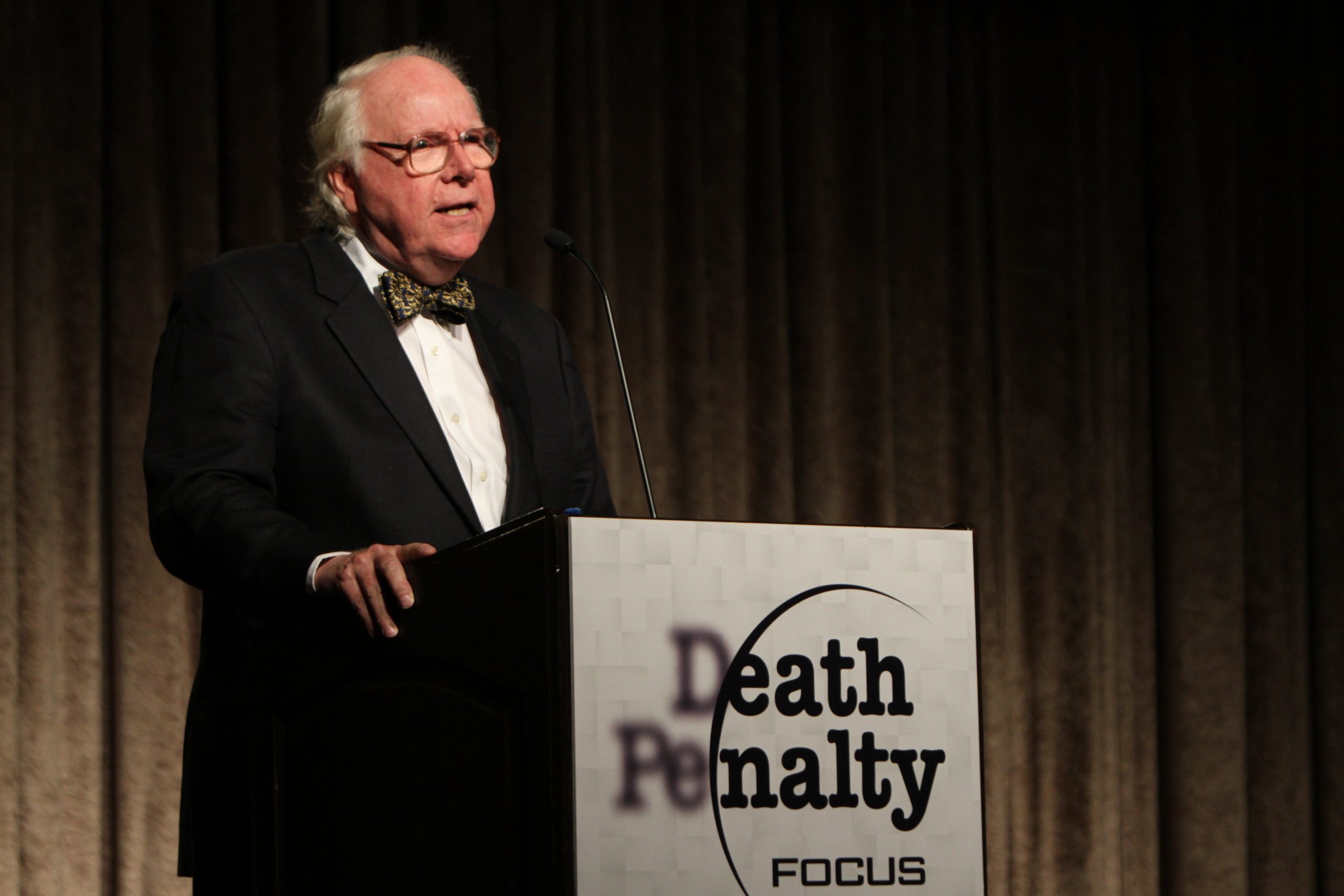 Special Recognition awards were presented by DPF Chair Steven Rohde, and honored those who expended their efforts in the past year toward abolition, including the recently deceased former Lt. Gov. John Van de Kamp, the lawyers who filed the lawsuit staying the implementation of Proposition 66, and the volunteers who worked on the Prop 62 campaign. 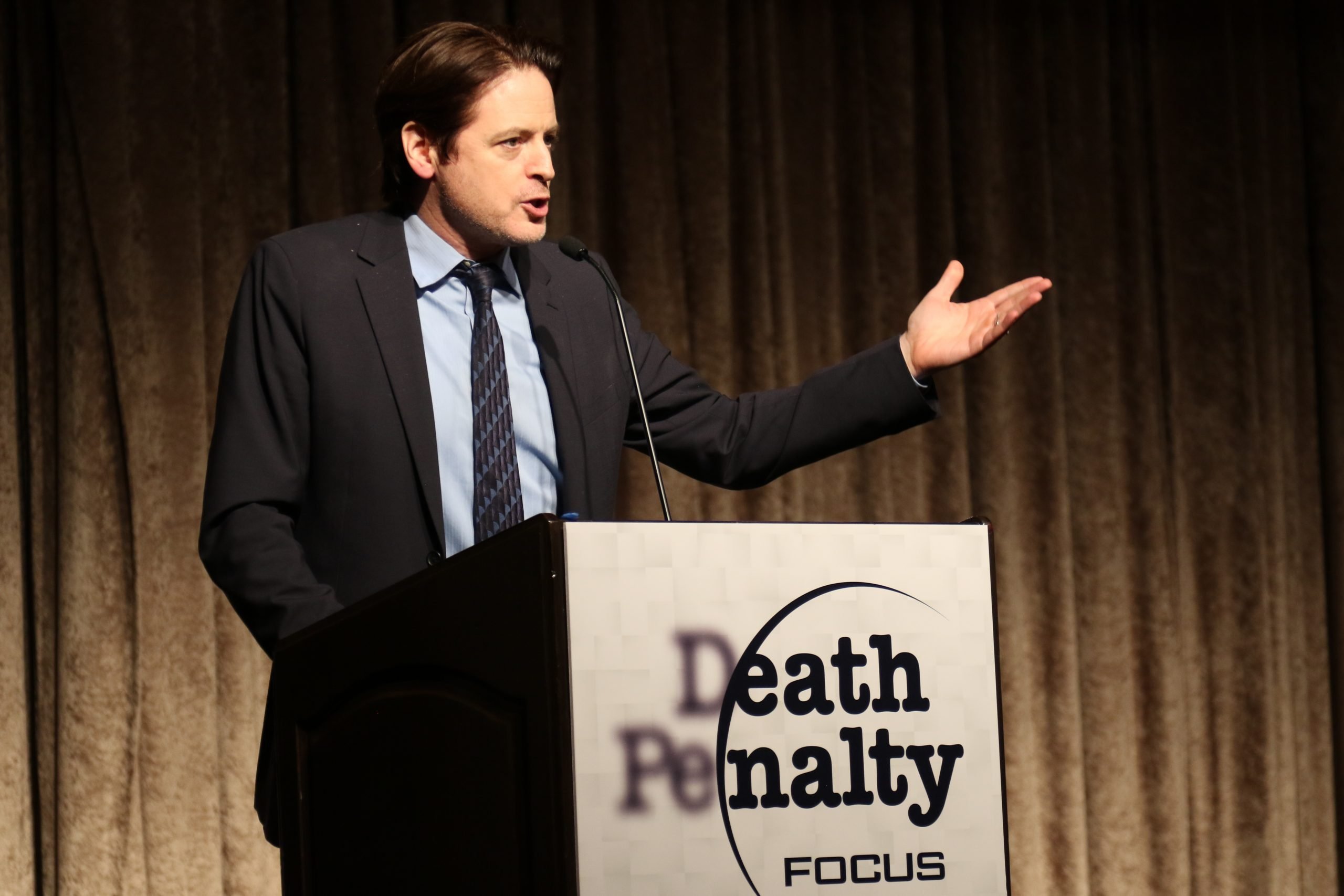 The Annual Awards Dinner is Death Penalty Focus’s biggest fundraising event, and proceeds are use fund the organization’s programs, outreach, and organizing activities. This year’s events raised more than $200,000, placing it among the most successful in the group’s history.

In a bizarrely-worded statement, Alabama Gov. Kay Ivey called for a temporary halt to executions last week. She announced the...
Read More
Blog The Focus Updates

“What has happened to Mr. Hastings is a terrible injustice,” Los Angeles District Attorney George Gascón said at a news...
Read More