Much of the remaining support for the death penalty is based on faulty information. Here are California Death Penalty facts as of January 2023.
Share:

Facts about the people on California’s death row

FACT 1 - The death penalty does not save money

Death Penalty postconviction proceedings take years. All states have an avenue for appointment of counsel. Death penalty counsel – both prosecution and defense – is payed for by the taxpayers.

Death Penalty trials are not always fair and many cases are overturned. Between 1973 and 2013, one-third of those sentenced to death had their sentences overturned on appeal. Death Penalty cases consume vast amounts of county resources – court and judicial resources, law enforcement resources, experts for the prosecution and defense.

“Since its inception, the American death penalty has been disproportionately applied, first, to enslaved Africans and African Americans, and, later to free Black people,” California Governor Gavin Newsom said. (Read more). The death penalty is said to be lynching’s step-child.

Fact 3 - Innocents Are Not Exempt

We know that more than 170 individuals have been released from death row for crimes they didn’t commit. They and their lost years are collateral damage of the capital punishment system in this country.

It is clearly demonstrated that the death penalty prosecutions have targeted those of color, those from economically disadvantaged backgrounds, and those with mental illness or disabilities. Unable to afford quality legal representation, and unfamiliar with the justice system, our friends are often appointed unqualified and ineffective counsel.

Fact 4 - The Death Penalty Does Not Provide Closure

Murder victims’ families do not speak with one voice on closure. The government doesn’t speak for victims’s families either. William Barr, U.S. Attorney General said of the July 14, 2020 execution of Daniel Lee Lewis, “we owe it to the victims and their families to carry forward the sentence imposed by our justice system.”

The family of Nancy Mueller and her daughter Sarah Powell, both killed by in 1996 Daniel Lee Lewis, strongly opposed the execution of Lewis. Mrs. Earlene Peterson, the mother and grandmother of the victims, pleaded with President Trump for clemency.  They filed papers in court to stop the execution. William Barr called their objections to Lewis’s execution “frivolous”. Read their story here.

Fact 5 - The death penalty does not make communities safer.

Law enforcement groups argue that the death penalty is necessary to protect the police.  This is clearly not true. 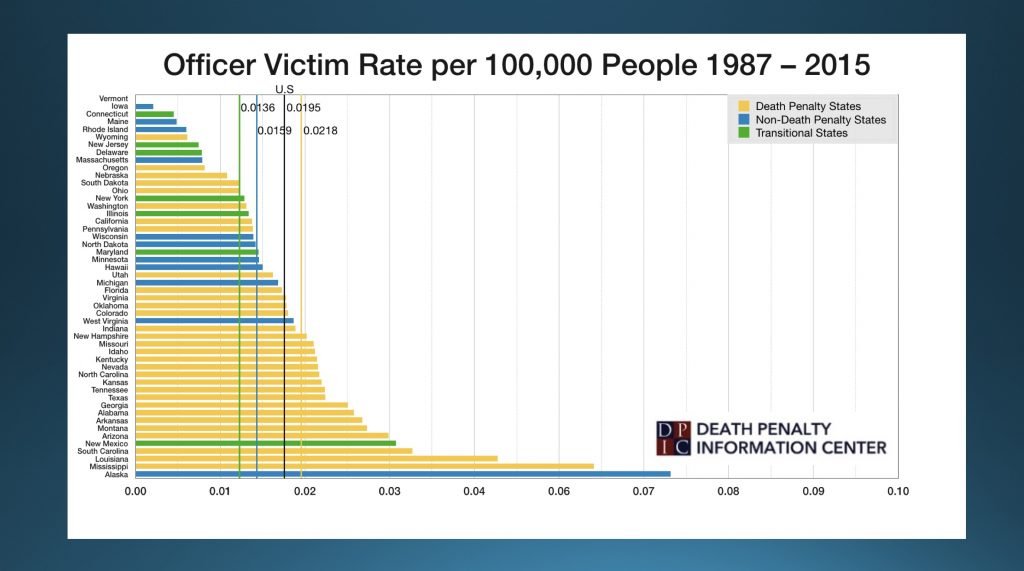